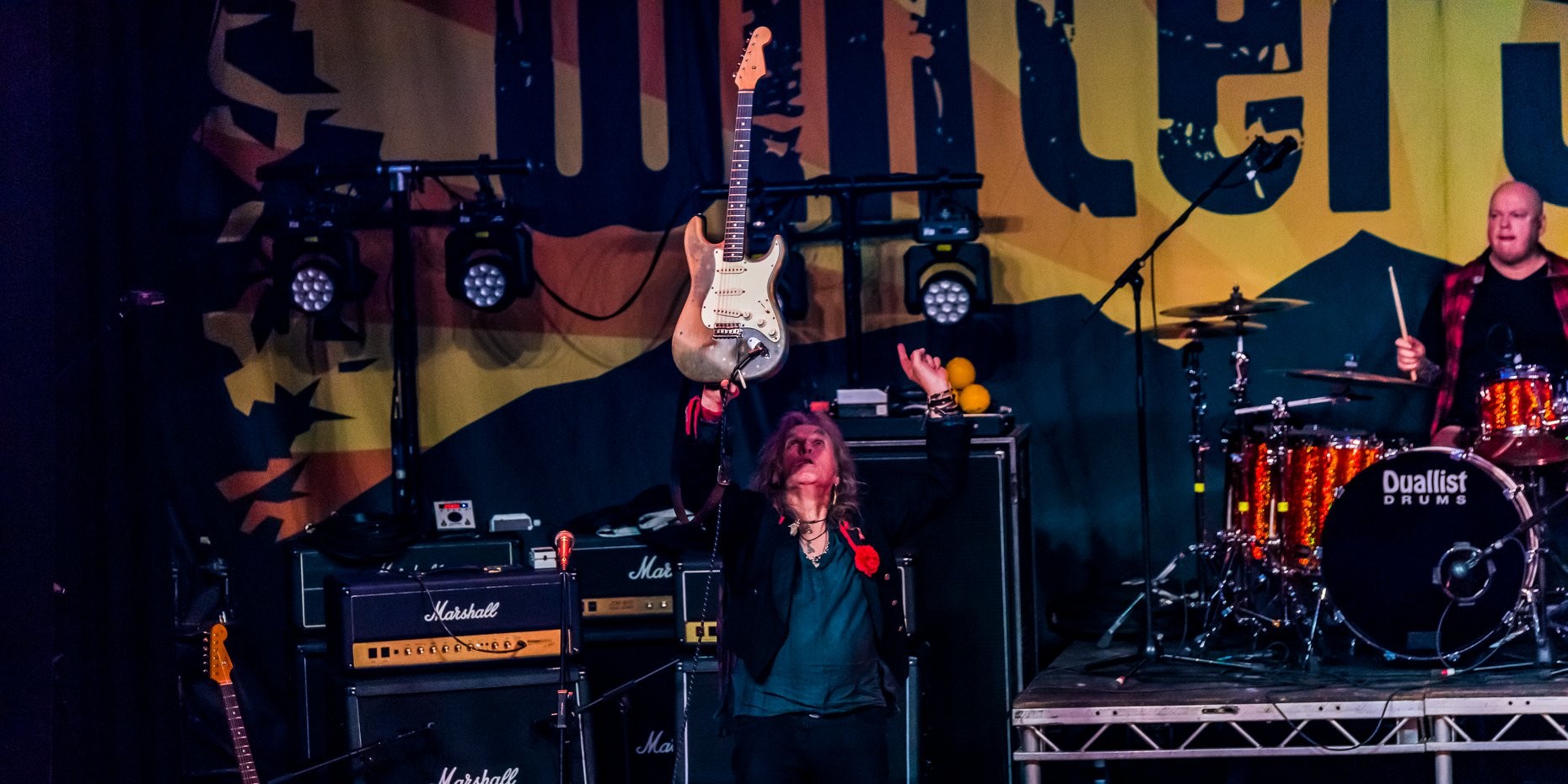 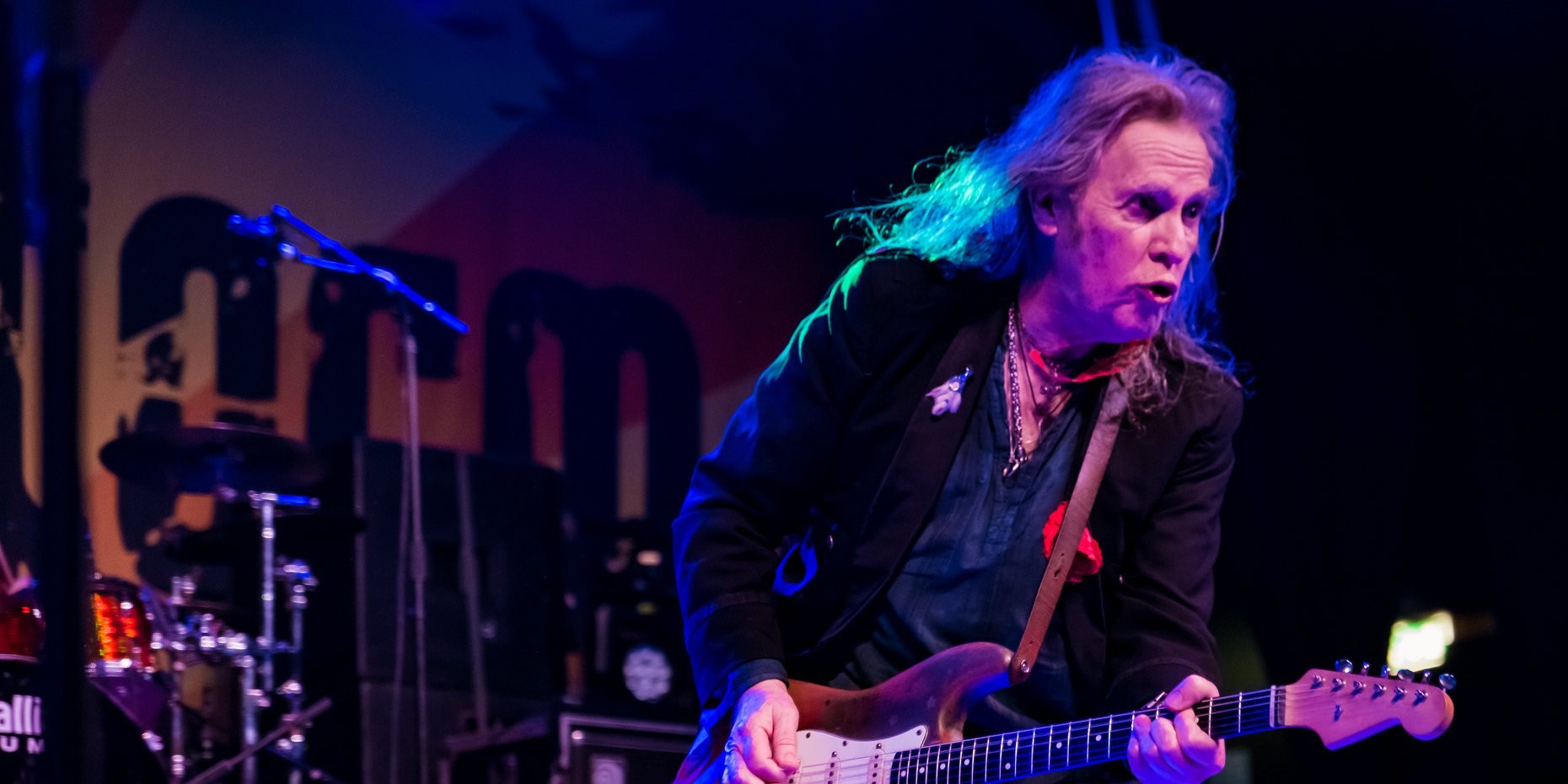 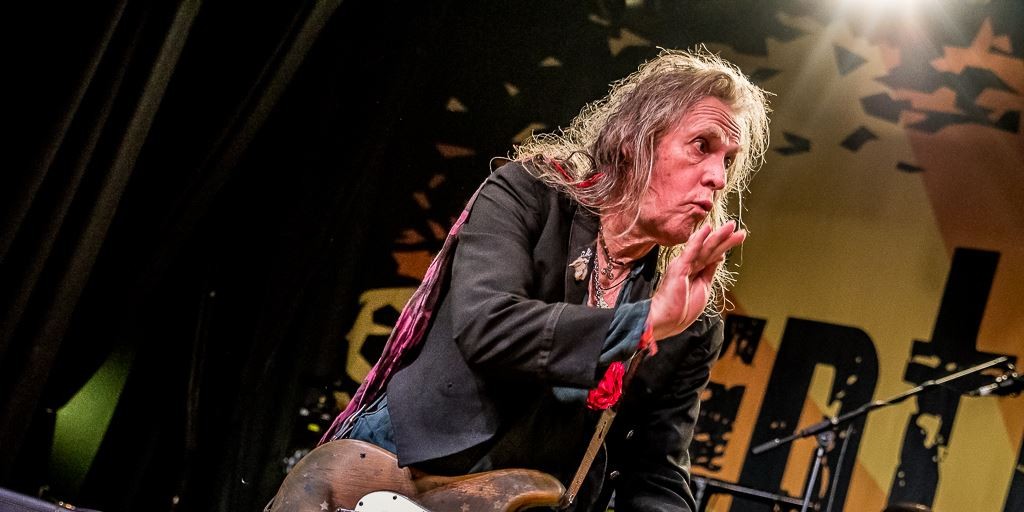 The edited Beach Bootleg of Bernie Torme's defining 2018 set is now available to view for 28 days from purchase. The set was recorded on multi HD cams and audio recorded from the balcony. It captures the essence of a great set that took the audience from general interest to complete captivation.

The fiver for each bootleg will firstly directly benefit Bernie's dependents (with 50% of revenues) but 30% will also go to support the technical sound, light and video team who are currently not earning.

This project is aimed at supporting those who have supported WinterStorm.

It was the defining moment of WinterStorm...

f there ever had been a higher reason for an event taking place it was on Saturday 24th of November. It was the the moment that Bernie Torme turned backstage from a standing ovation and a whole hall chanting his name. He just looked at me with a slow shaking of his head and tears running from his eyes. He didn't need to speak, his emotion told it all. It was a moment that took him by surprise; it was a reaction from an audience that he hadn't expected, perhaps he'd never expected to receive ever again. He came over and we hugged and we had a wee greet! I think I said something inane like "I'll never forget this moment Bernie"; if he replied I think he said something similar.

The genuine affection from the WinterStorm audience had an unseen impact on Bernie Torme and that reaction just summed the man up. He had just blown away a loving crowd with a virtuoso and powerful set, a set that by common consent was one of the lasting memories of thew weekend. We can count ourselves blessed that we saw Bernie Torme at his very best that day, that one last time we witnessed a guitarist at the peak of his playing.

We shared something special with Bernie Torme that day and I know that he took as much away from that afternoon as we all did. I will miss him so much.

The video stream is currently off sale to resolve a few technical issues. It is hoped to be back on line by 1st of May 2021. 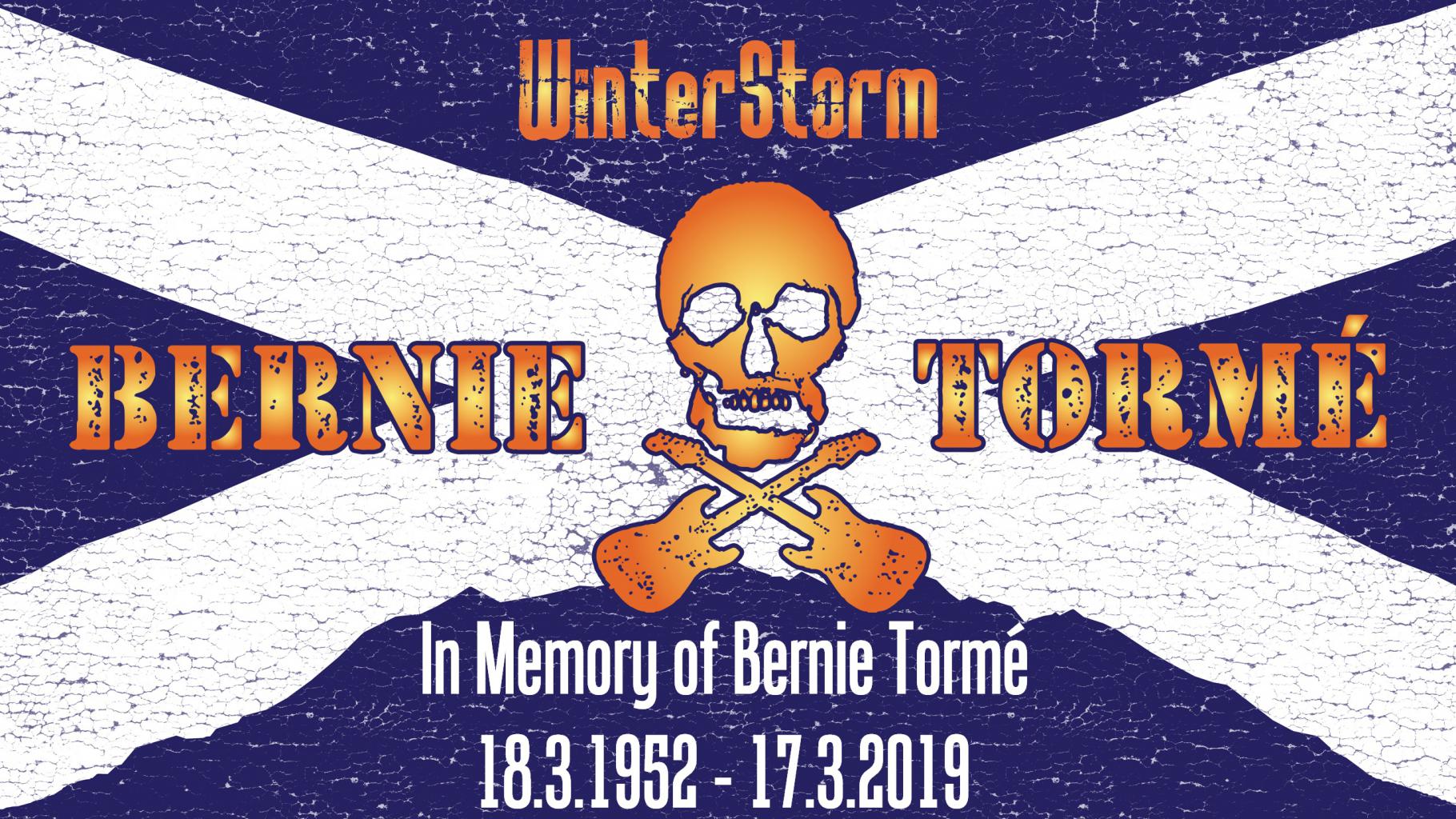